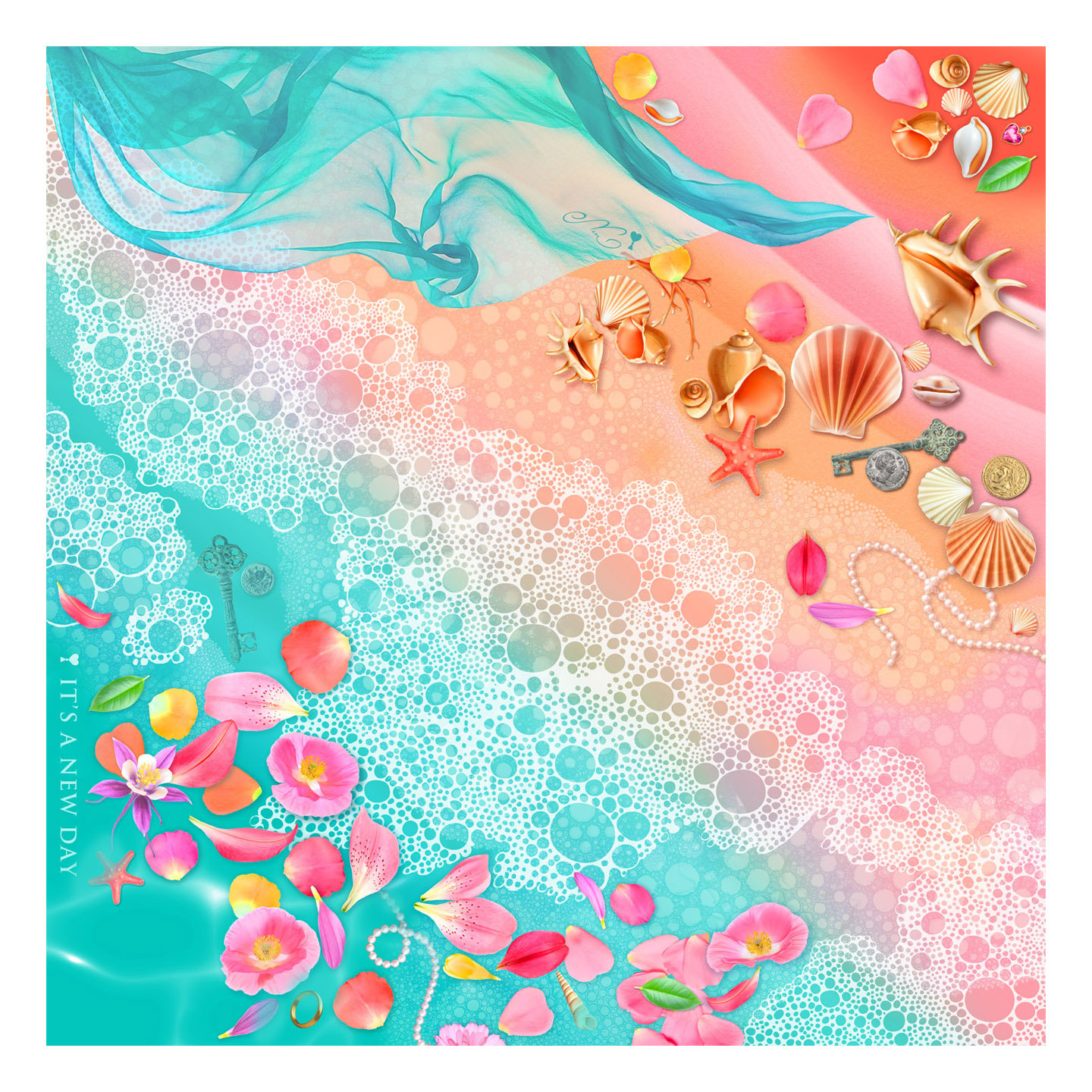 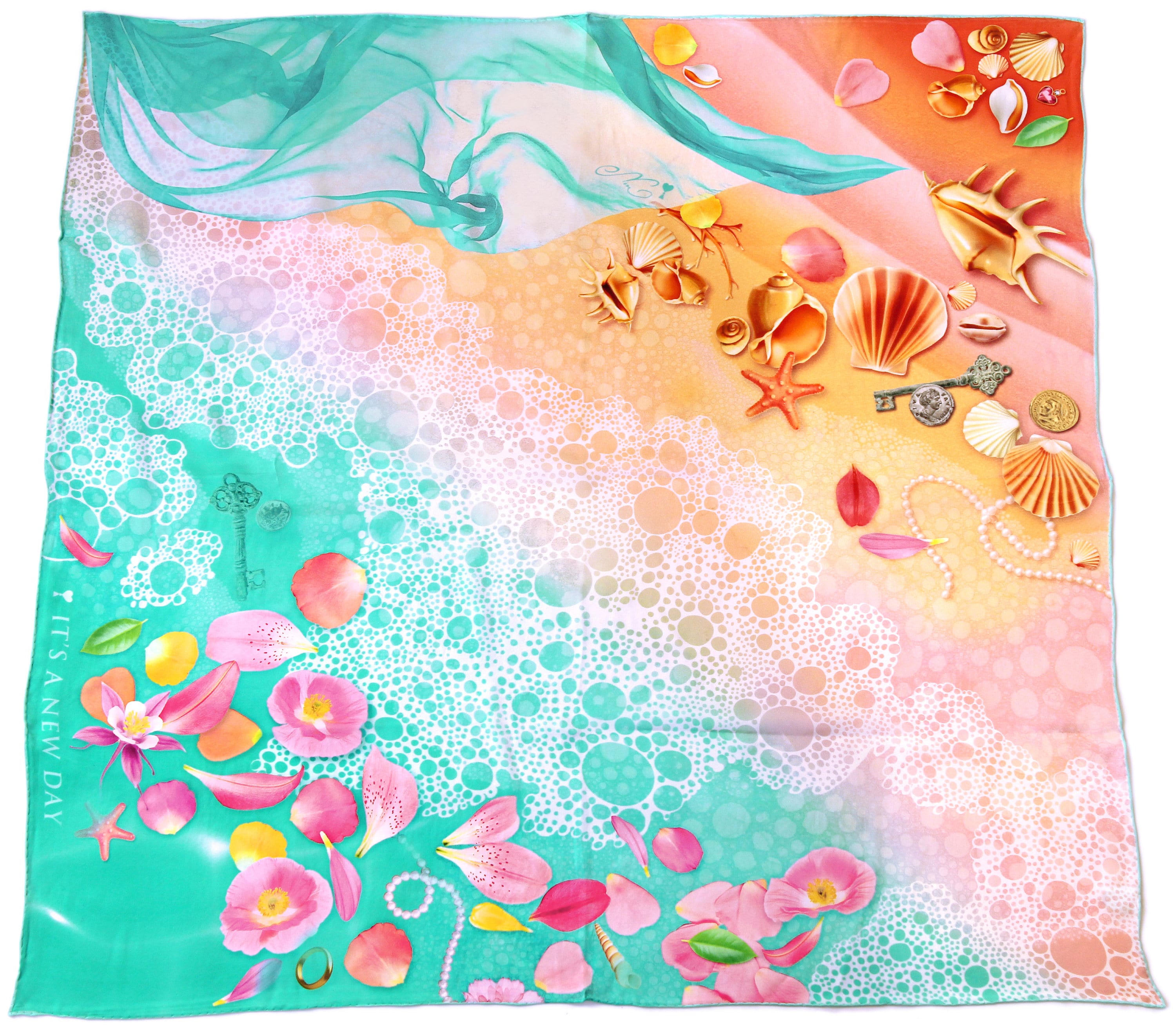 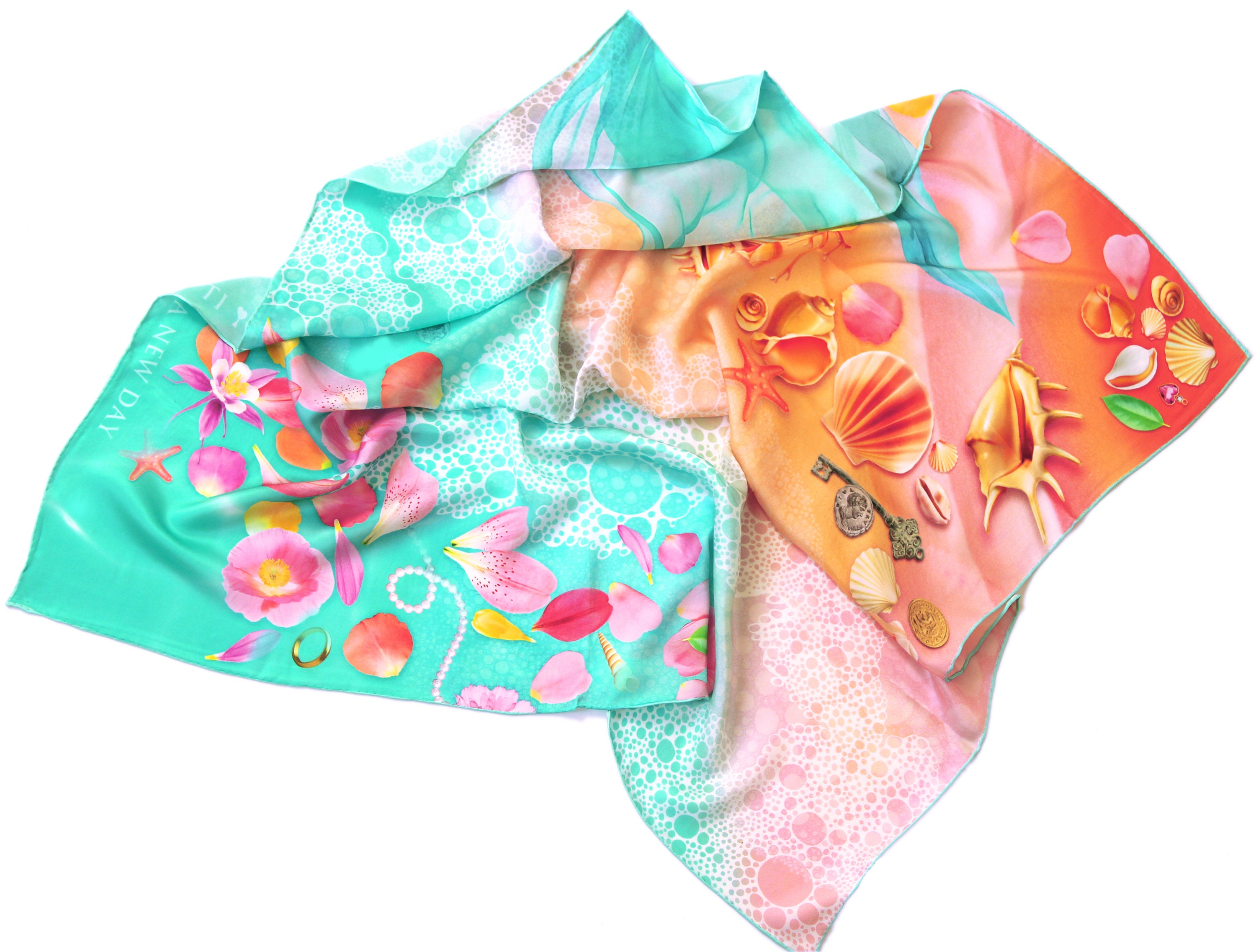 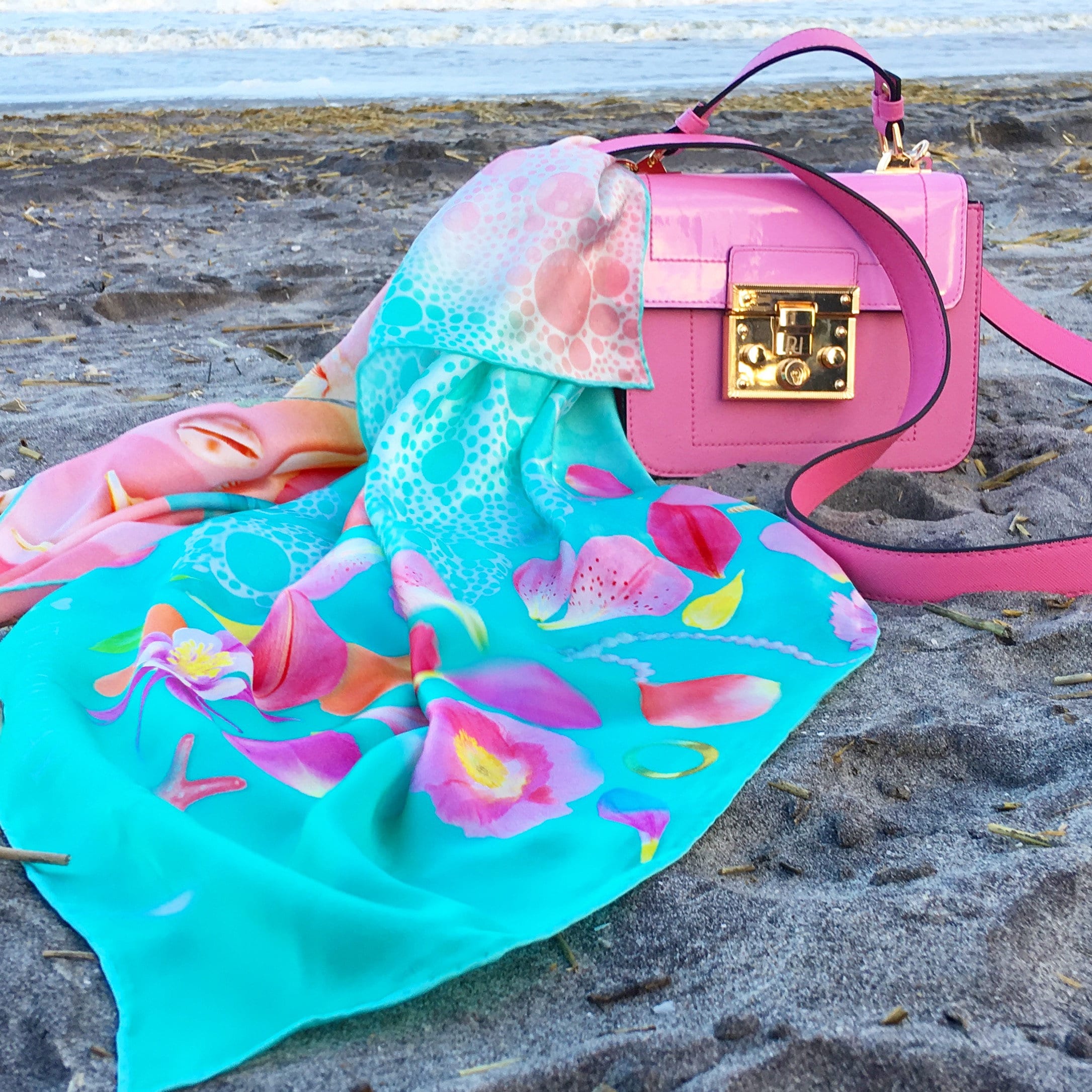 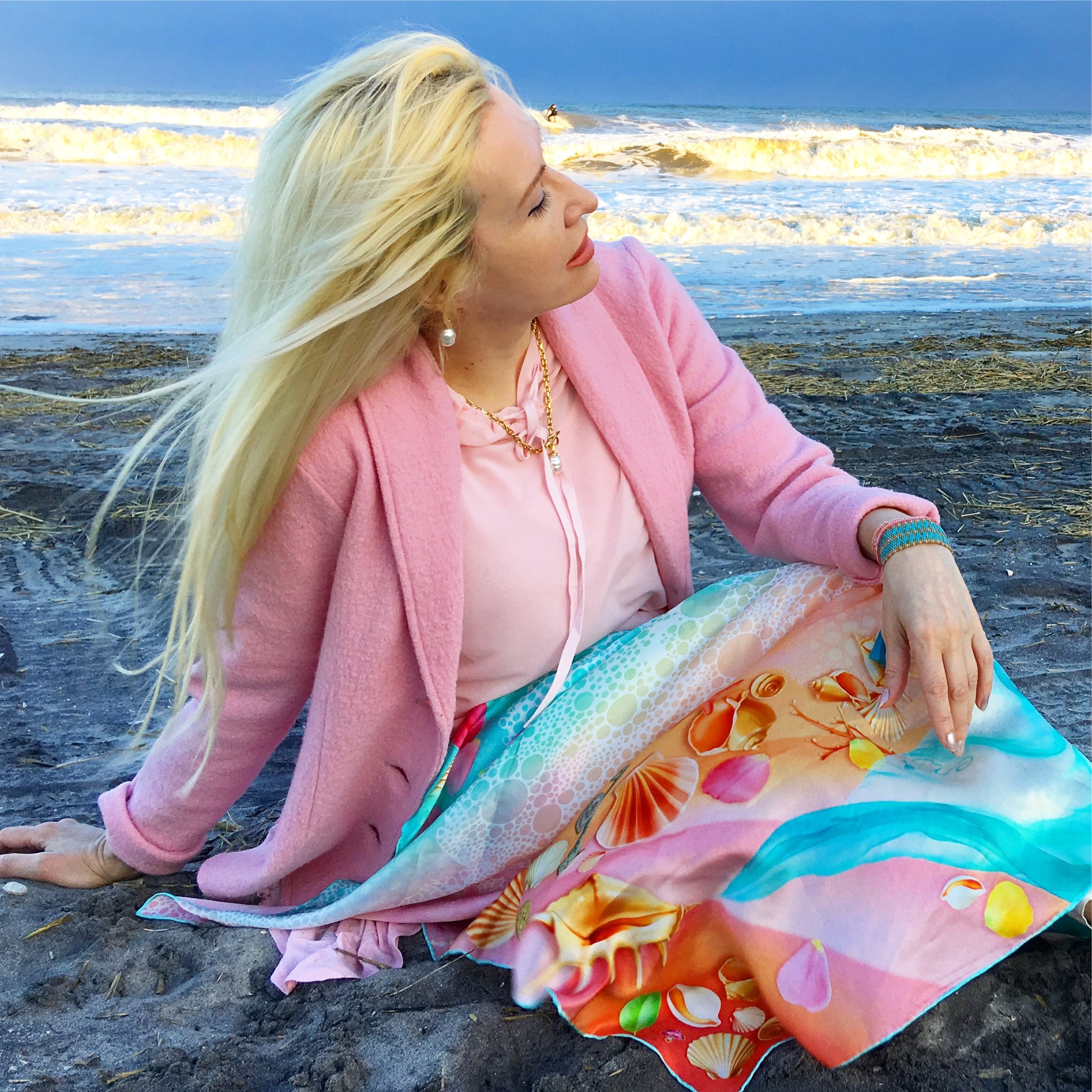 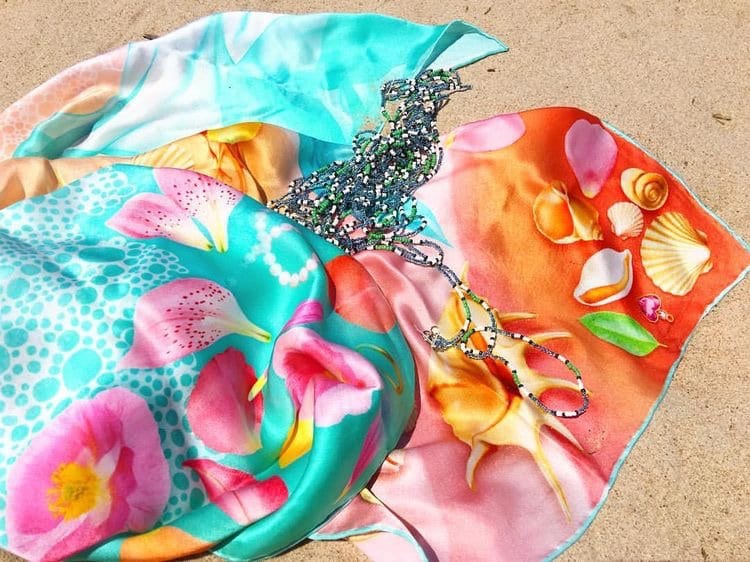 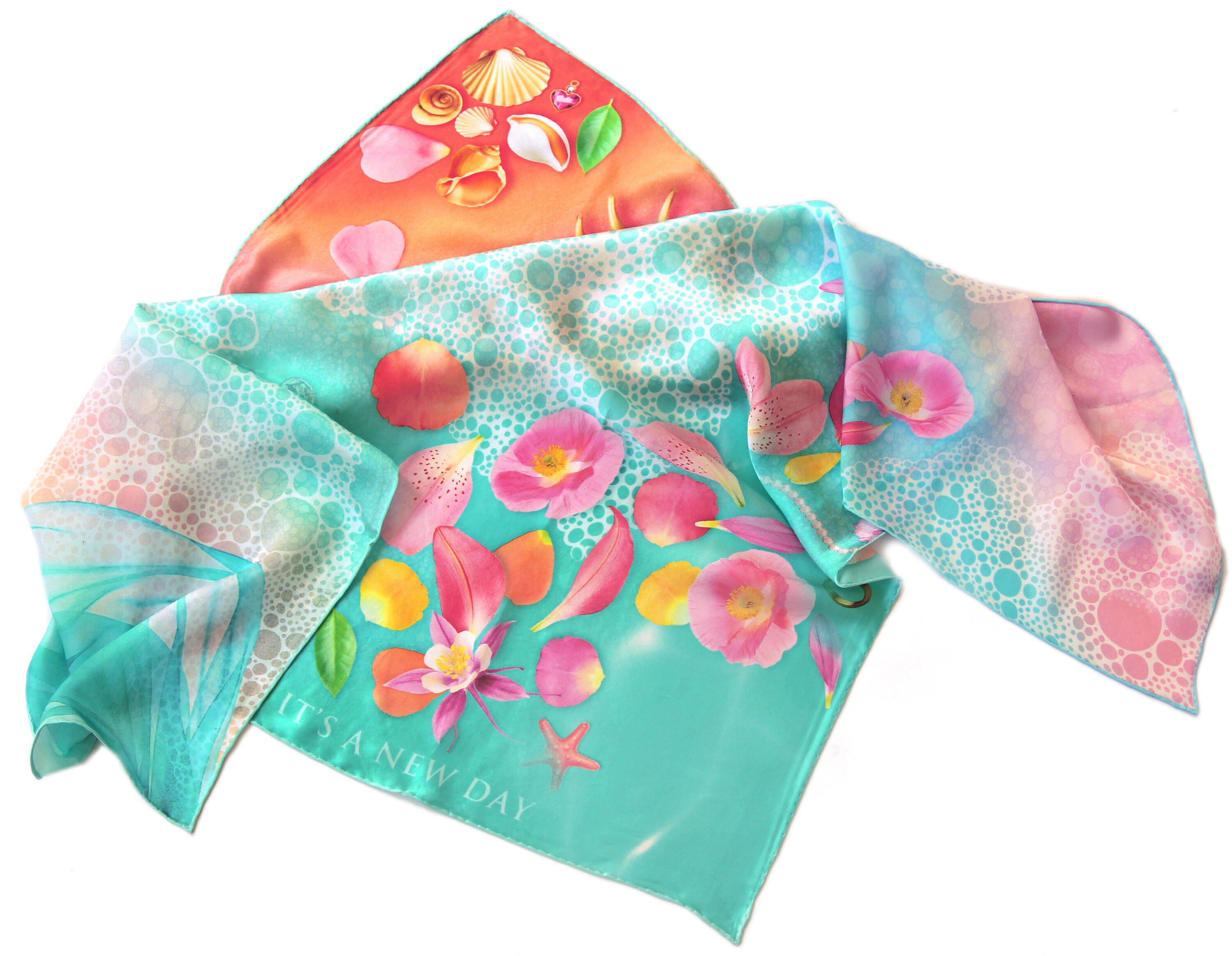 Ocean foam... flower petals...seashells... flotsam and jetsam, treasures… A morning on the tropical beach?... A dawn of a new beginning in your heart? It’s a new day!

… Just in case you wonder about the three ancient coins washed by the foamy turquoise waves onto the shiny silk of your scarf:

The silver coin in the water is a Greek Silver Tetradrachm of the Ptolemaic Kingdom of Egypt, bearing the image of Ptolemy I, Soter (King: 305-283 B.C.) Ptolemy was a childhood friend of Alexander the Great and one of his trusted generals. Upon Alexander’s death, he received the kingdom of Egypt as his inheritance. Thaïs, the famed courtesan and entertainer of Alexander’s court, became Ptolemy’s consort and mother of his three children.

The other silver coin, a Roman denarius, depicts Faustina (“Diva Faustina”, died 140 AD), wife of Roman Emperor Antonius Pius, mother of his four children, fashion trend-setter and a celebrated hair icon, whose signature updo consisting of braids arranged in a bun was imitated for generations in the Roman society.

The gold coin bears the image of Roman Emperor Constantine I (306-337 AD), who adopted Christianity as the state religion of Rome and moved the Roman capital to Constantinople he built in Byzantium. His father was a Roman general, his mother, Helena, was a waitress at a Greek tavern.

0 items in your cart